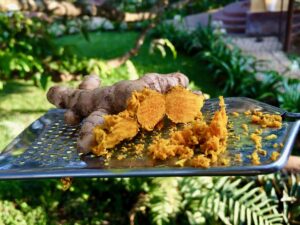 Depression is a real issue, especially in the Western world. According to the Journal of the American Medical Association, between 1999 and 2012, the percentage of Americans on antidepressants nearly doubled from 6.8% to 13%.

It is estimated that 350 million people worldwide are affected by some form of depression. Women are 70% more likely to suffer from depression than men. 30% of college students have reported to feeling depressed and 11% of adolescents have a depressive disorder by the age of 18. Depression costs the US $80 billion a year due to lost productivity and healthcare. Needless to say, depression is a huge issue that needs to be addressed.

The Western cure to depression is to prescribe a pharmaceutical pill to mask the symptoms away. However, anti-depressants are linked with increased rates of suicide, agitation, hostility, impulsivity, and mania. The FDA has even warned that “anxiety, agitation, panic attacks, insomnia, irritability, hostility, impulsivity, akathisia (severe restlessness), hypomania, and mania” are all related to antidepressants.

While some people need antidepressants due to a chemical imbalance in their brain that cannot be fixed, many of us have depression that can be treated. Light therapy, exercise, St. John’s wort, yoga, meditation, massage, acupuncture, B vitamins and cognitive therapy are all proven cures to depression.

There is a great story I heard that after the Rwandan Genocide, psychiatrists were sent to help people with depression. The tribe kicked them out and responded, “We had a lot of trouble with western mental health workers who came here immediately after the genocide and we had to ask some of them to leave. They came and their practice did not involve being outside in the sun where you begin to feel better.

There was no music or drumming to get your blood flowing again, no sense that everyone had taken the day off so that the entire community could come together to try to lift you up and bring you back to joy. There was no acknowledgement of the depression as something invasive and external that could actually be cast out again. Instead they would take people one at a time into these dingy little rooms and have them sit around for an hour or so and talk about bad things that had happened to them. We had to ask them to leave.”

~ A Rwandan talking to a western writer, Andrew Solomon, about his experience with western mental health and depression.

Depression is a huge issue in the Western world, perhaps because of the lack of community, high-stress society, media-based culture and even the foods we are eating. A more natural cure is needed that treats this mental illness holistically. The main thing we should be focusing on is the root-cause of this depression, but in some cases it is due to a chemical imbalance in the brain. And that is where antidepressants come in.

Turmeric has been used in ancient Indian and Middle Eastern cuisine for centuries but science has now confirmed it has yet another benefit, as if we needed more reasons to love turmeric.

A recent study has shown that turmeric for depression is MORE effective than Prozac on it’s own.

Let me explain. Curcumin, the active ingredient curcuma longa in turmeric, has shown antidepressant-like activities in a trial of patients with major depressive disorder. In the study, 60 patients diagnosed with MDD were randomized and given either turmeric, fluoxetine (Prozac) or both for six weeks. The response by those given turmeric on top of the fluoxetine was significant (77.8% vs 64.7% with Prozac and 62.5% with just Turmeric). So while Prozac is still effective in treating depression, turmeric doesn’t fall far behind and patients who took both had outstandingly better results.

On top of that, turmeric has no negative side effects. Such as suicidal ideation or psychotic disorders, while Prozac does, which gives it IMMENSE benefits. There have been so many cases of violence, suicide and other horrific tragedies due to the dangerous side-effects of antidepressants. If we can find a natural way to cure this illness, we really must follow it.

Scientist have stated “This study provides first clinical evidence that curcumin may be used as an effective and safe modality for treatment in patients with MDD without concurrent suicidal ideation or other psychotic disorders.”

Here is how turmeric works: 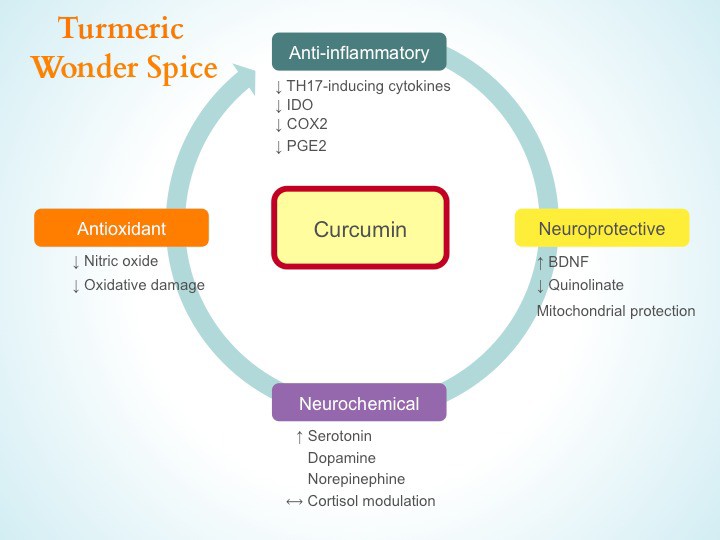 Many of us have heard of turmeric’s anti-inflammatory properties. But those properties don’t just exist in the body but also the brain. Studies have shown turmeric’s antioxidant qualities help scavenge reactive oxygen in the brain that damage brain cells and increase the natural level of antioxidants, which can also combat major depressive disorder.

Turmeric can also help us deal with our everyday stresses, which contribute to depression. In animal studies, curcumin treatment improved the behavior of rats and modulated the expression of reduced BDNF in chronically stressed rats. In fact, the study showed that the effect of turmeric was actually more potent than that of fluoxetine.

Another study shows that turmeric increases serotonin and dopamine levels, giving us immediate and lasting happiness. This is exactly what those with depression need.

Taking turmeric is extremely safe with NO known side effects! The dosage is up to you, but it is recommended to take at least 1 tsp a day. It’s best to use turmeric in your meals because it is heat-activated. Meaning it is more effective if you cook it in your dish or in your golden mylk. It is also 50% more absorbable when paired with black pepper.

Recommended For You : Turmeric – A secret ingredient to burn belly fat

Convinced you to need some turmeric in your life but have no idea how to take it?

Check out my Belly-Fat Burning Golden Mylk Recipe! In this recipe, I make a delicious, healing non-dairy mylk with turmeric, paired with other spices and ingredients to help you burn your belly fat. Could this spice get any better? Check it out here! 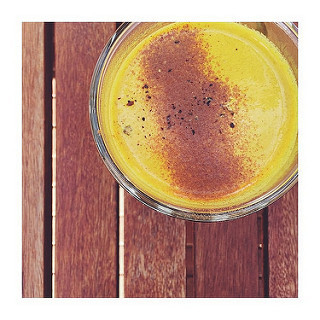 Add turmeric to your meals for a tasty dish! You can add turmeric to your stir-fries, stews,  soups or just about anything for a healing twist. I recommend always buying organic turmeric for the highest quality. You can also buy fresh turmeric root and grate it yourself which is especially healing! If you can find turmeric root, definitely purchase it! It looks like a smaller version of ginger but with a bright orange hue. 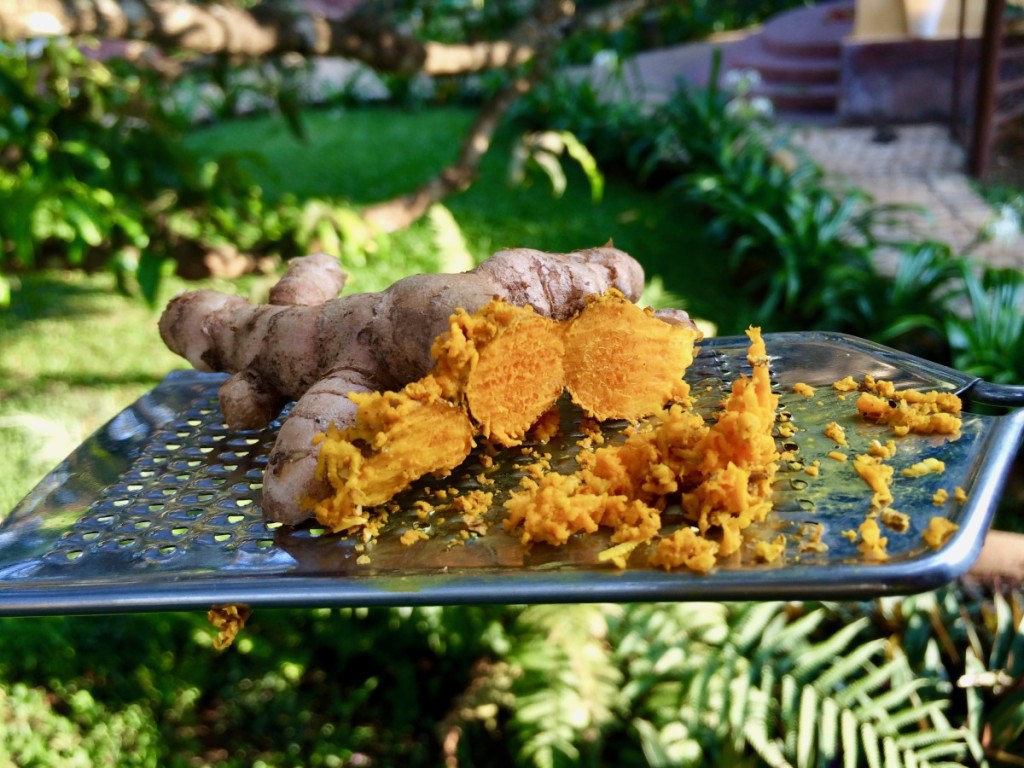 Some of my freshly grated turmeric at my retreat in India 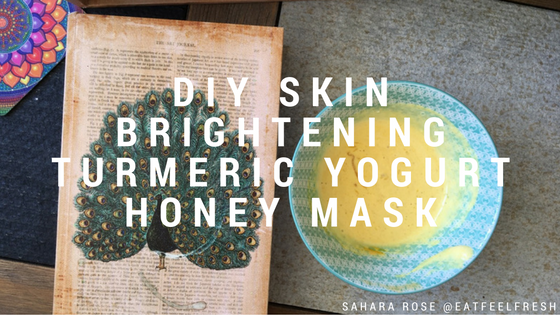 1 in 10 people suffers from depression. Please share with your friends so we can lower these numbers!

Note: Major depressive disorder is a real illness and should always be treated with your Doctor. This article only serves as an educational resource, not medical advice. Please do not get off your medications before consulting with your Doctor.