Like the 7 chakras on our body, there are Earth chakras that awaken us. When you visit them, you can feel moved. Find out where they are! 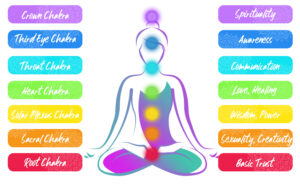 Imagine that you’re traveling. Maybe you went to the Grand Canyon, completely drawn in and staring in awe at the natural beauty that Mother Earth created, unable to pull away from the wondrous sight in front of you. Maybe you went to the island of Ibiza, Spain, and were left mesmerized by the area and find yourself just sitting there taking in everything around you for over an hour.

Or maybe you made it to Machu Picchu in Peru, one of the Seven Wonders of the World and felt your body tingle from head to toe.

What do all of these places have in common?

They are all spiritual places that carry high energy. There is scientific proof that there are many energy vortexes on our planet that carry magnetic energy, which we tend to gravitate towards. You can usually find these vortexes near volcanoes, the poles, or rock formations. These places are typically seen as sacred and spiritual. Because of the high vibrations within these places, it is not uncommon that they attract all kinds of people: artists, shamans, yogis, writers, and of course: tourists. Needless to say, it is no coincidence that we feel drawn to them or awakened when we visit.

Similar to our bodies, Mother Earth also has chakras. In the same way that the 7 chakras on our bodies awaken us within, there are physical chakras that the Earth has that help bring an awakening within us as well. These places have the highest energy points on our planet, and when we visit them, you cannot help yourself to feel mesmerized or moved.

If you haven’t been to any of these places yet, start adding them to your bucket list for a spiritual awakening. 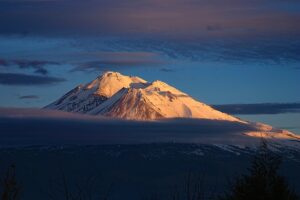 Luckily, Mt. Shasta is probably the closest point for most of us. It runs all the way from Northern California, into Oregon and Washington; and goes all the way up to the Canadian border. Out of all the places on Earth, Mt. Shasta is considered to be the base of Mother Earth’s energy system; and regarded as a holy mountain by Native Americans. It is one of the most electrically charged mountains, which in turn makes the entire area abuzz with energy.

The root chakra’s duty is to connect your energy with the Earth, also known as grounding, which is what Mt. Shasta helps do for us. When your root chakra is in balance, you feel connected to the human experience. 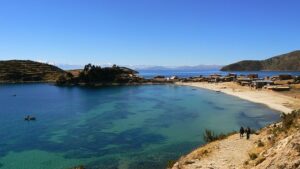 The second chakra is the Sacral Chakra, which focuses on the creative energy that helps you enjoy your life on Earth. When balanced, you begin to relish in life’s pleasures, without overdoing it. The centre of the second chakra is where you can find the Titicaca Stone. Situated in between Peru and Bolivia, Lake Titicaca is where the god Viracocha came out of to make the sun, stars, and first beings.

The surrounding areas (which includes Machu Pichu) are also believed to be buzzing with high energy. This area was conquered by the Incas who deemed this a sacred place. There are two Ley Lines, including the Male Dragon Ley Line that runs from Mt. Shasta to Lake Titicaca.

Recommended For You: 7 Dreamy Relaxing Vacation Destinations To Relax Your Mind & Body 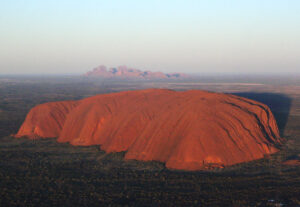 You can find Uluru and Kata Tjuta in Northern Australia. It is still considered to be sacred to Aboriginals in the area today. Both of these areas are believed to represent the solar plexus, which is the lifeline supplying energy to all living things. When balanced, the solar plexus gives you a feeling of personal power, a sense of wisdom, and decisiveness. It also maintains the vitality of the Earth and all living species.

Coincidentally, it is widely believed that Kata Tjuta is home to one of the oldest human societies on the planet, and is about 500 million years old. The Female Dragon Ley Line connects Lake Titicaca and Uluru together. 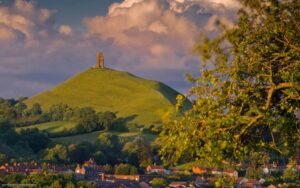 When the two energies are united, the Rainbow Serpent ley artery is able to deliver the immortalizing frequencies of the Holy Grail worldwide. When the heart chakra is balanced, you are able to love yourself and others, while also showing compassion for those around you. The Female Dragon Ley Line also connects Uluru to Stonehenge.

5. Throat Chakra: Great Pyramid of Giza, Egypt, Mt. Sinai and the Mount of Olives in Jerusalem 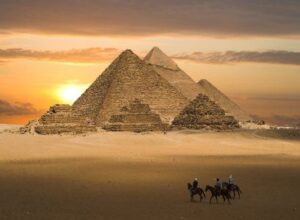 Both of these areas make up the biggest energy centers on Earth. It also makes up one of the most important times in history. Because of the historical significance, this is widely considered to be the throat chakra, the Voice of the Earth, which is in charge of our thoughts and feelings.

The Great Pyramid is the oldest structure on our planet, and one of the Wonders of the World still standing. Oddly enough, it is also the only energy center that is not connected to the Male or Female Great Dragon Ley Line. When your throat chakra is balanced, you are able to speak your truth with immense clarity. 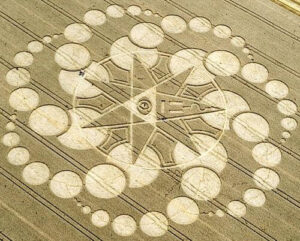 The third eye chakra is responsible for opening up your mind to information beyond our mortal realm and 5 senses. It is located right between the eyes. And when balanced, you become in tune with both the physical and spiritual world. We begin to understand truth and no longer fear it as we are now thinking clearer.

Because the third eye is so sensitive, the exact point for this chakra on Earth moves 1/12 of the way around the planet at the dawn of every new age. As of late, it has been found in two different places; aligned with the heart chakra in Glastonbury and Shaftesbury in England, and at the Kuh-e MalekSiah at the triple border of Iran, Afghanistan, and Pakistan. 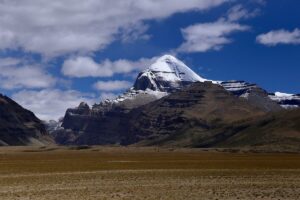 Located at 22,000 feet high in the Himalayan Mountains in Tibet, Mt. Kailash is considered to be the crown of the Earth, the home of Shiva. Also called the gateway to the Divine, and connected to the Scorpio full moon. The crown chakra connects us to a higher power and is the most magnetic out of all of the chakras.

When you hold a piece of metal to a magnet, you can feel the energy and tension, but you can’t see it. Consciousness energy is everywhere and in everything. It connects us to the entire universe. You can find the strongest form of this in Tibet.

These locations are not the only places where you can find spiritual energy. There are many sacred places on Earth. It includes the polar vortexes in the North and South Poles, Sedona in Arizona, & Crater Lake in Oregon, just to name a few. If you are looking to plan a trip filled with spirituality and awe, definitely consider any of these locations!

Suggested Read: How to make Ayurveda work for you in your busy life