Memories of my childhood drinking the cinnamon-sweet milk from the bowl after finishing what’s left in my once-crunchy, now-soggy bowl.

Unfortunately, due to the sugar, high fructose corn syrup and a million other chemical ingredients in the seemingly innocent Cinnamon Toast Crunch recipe, I haven’t gone near it in probably 15 years.

Oh and our reunion was beyond amazing. Except it didn’t contain any Cinnamon Toast Crunch at all.

I have a thing for pudding. Maybe it’s the Kapha in my Prakriti (Doshic combination I was born with), but I love anything soft and creamy with little-to-no chewing involved. Like I am down to be a baby again just to be fed spoons of baby-food.

So I decided to make something reminiscent of my childhood Cinnamon Toast Crunch loventures except with the smooth, creamy textures of the puddings I love today.

Oh and raw, vegan, gluten-free, sugar-free, Candida-friendly and Ayurveda-approved, of course. Just the standard list of things to consider before putting something in my mouth. (Childhood was definitely a more simple time but awareness is just as sweet!)

So I created this Cinnamon Toast Crunch Pudding that matches all my standards, health and taste, and then some! 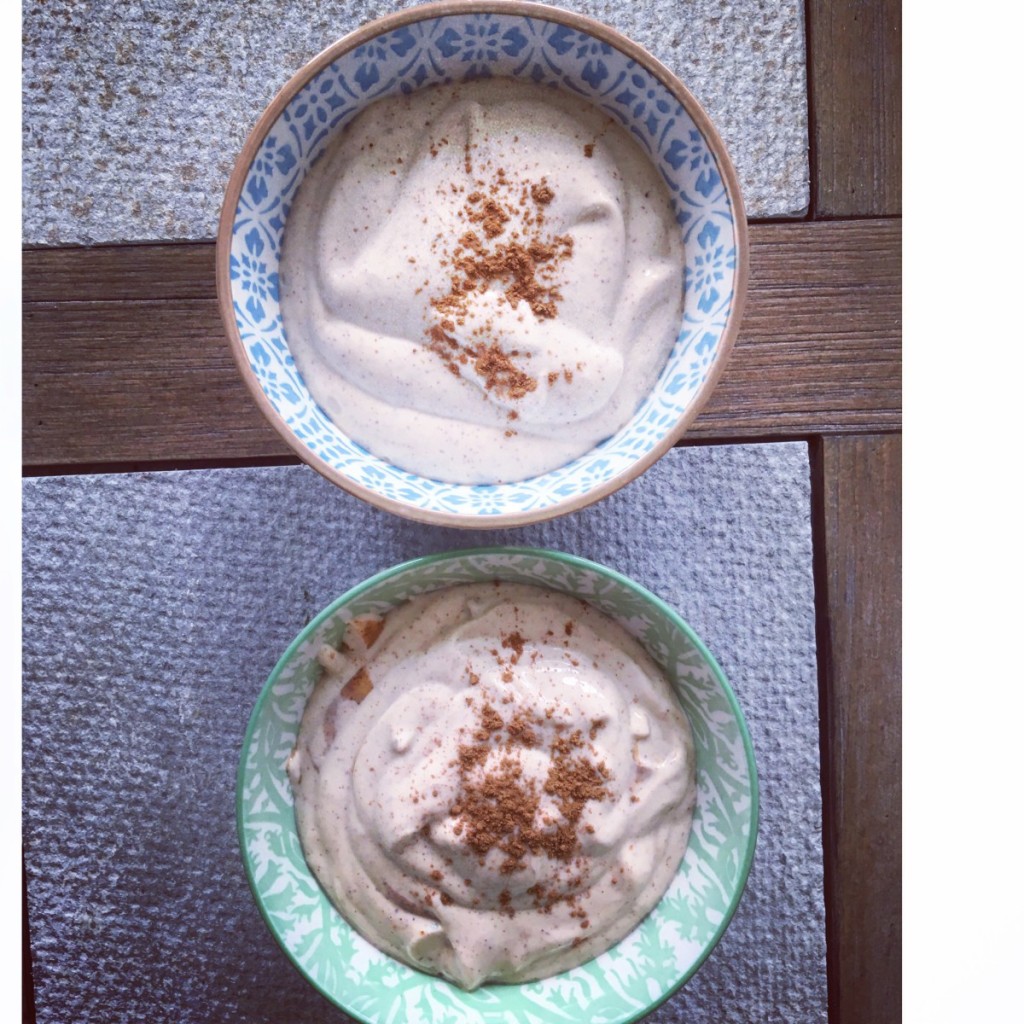 Here’s the recipe for you hungry monsters:

Ingredients:
1 packet organic firm tofu (not silken, not extra firm)
4 tbsp crunchy almond butter
1/2 tbsp HIGH QUALITY cinnamon. Do not use fake Cassia cinnamon from Costco and other places which they have added anti-caking flour to. I bought Vietnamese Cinnamon from Pensleys Spices but any high quality will do. Ceylon cinnamon is real while Cassia is not.
2 tbsp organic coconut milk powder (got this from z natural on amazon)
1 cup pea protein milk unsweetened
Your choice sweetener- I used birchwood xylitol (about 2 tbsp) but you can use stevia, raw honey, coconut sugar, date sugar, maple syrup or whatever else your heart desires
Optional: 1 tbsp coconut butter for extra creaminess
Directions:
Blend all ingredients in a high speed blender
Pour into several bowls
Cover and refrigerate for at least one hour so it gets the cheesecake-y consistency.
Top with cinnamon and optional extra almond butter on top.

This recipe is best for Vatas and Pittas, especially after a workout as it boasts over 20 grams of protein per serving. It can be had in moderation for Kaphas. If you don’t know your mind-body type, take it on my free quiz on the homepage here.

Cinnamon, spice and everything nice,