Why Diamonds Are For NEVER

You would have heard diamonds are forever, but let me show you the dark side of diamonds, the reality of this cruel industry 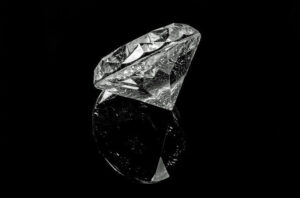 Before I begin, let me remind you to share this article with me your conscious friends and together, let’s support a cause.

I  got engaged! It was a whirlwind of emotions, especially because my bf (now fiancé) surprised me in Bali! Read the full story here.

Though the engagement was a surprise, I have been thinking about my engagement ring years before I was in a relationship, because I mean, hasn’t every girl?

The moment I watched Blood Diamond in high school, I knew I did NOT want to support an industry that uses children as slaves and robs villages of their resources, then inflating the value and using marketing techniques to make people spend their life savings on this meaningless stone, which has perceived value and is actually the FURTHEST thing from love.

Over 200 years ago, European settlers came to Africa and basically divided and conquered the entire continent. They stole all the resources and made tribes war against each other to gain power.

These wars escalated to kill and displace over 10 million people, and Europeans and Americans began arming these war rebels on both sides so they’d be so distracted killing each other, they wouldn’t notice that they were stealing all their resources, including diamonds, steel, metals, rubber and more.

The Game Of De Beers

A company called De Beers came to Sierra Leonne and saw what a rich amount of diamonds were available in the land. So they created a marketing ploy—they would pay actors to say “diamonds are forever” and “diamonds equate love” then only slowly release a small number of diamonds at a time so the value went up. Even though these diamonds are not rare at all and in fact as available as any other stone.

It worked. Americans and Europeans started paying an entire year’s salary on this meaningless stone.

It became a part of a culture that if you love someone and want to commit to marrying them, you must buy this specific stone, otherwise, you must not really love them. They gave all the Hollywood celebrities diamonds so women would want them and think they’re super glamorous. It was entirely a hoax, one that still is going on today.

But let’s go back for a bit

But let’s go back and talk about where these diamonds come from. The folks in the diamond industry fund these war rebels with weapons to pillage villages, in exchange for giving them access to diamonds.

These diamond dealers are funding criminals who burn down villages, abduct the children and force them to become soldiers, forcing them to kill and even sometimes rape their own families to make them ruthless. If you have not seen the movie Blood Diamond, I highly recommend watching it. 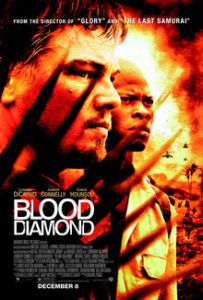 There are over 21 million slaves in the world today, and I’m not talking about underpaid workers but real actual slaves. It shows the dark side of diamonds.

The people mining these diamonds are working by force, chained by their legs, their hands chopped off if they don’t move fast enough. The work conditions are barbaric and thousands die a year.

The war rebels make examples of them by slaughtering them in front of people and raping all of the women and even young boys. It is beyond barbaric and the FURTHEST thing from love imaginable.

This is the the dark side of diamonds, the industry.

What happens when you buy a Diamond

When you buy a diamond, this is what you’re supporting.

There is no way to know if a diamond is from slavery or not. The Financial Times reported that “The global agreement to prevent trade in “blood diamonds” from Africa has failed to assure consumers their gems are not tainted by human rights abuses and conflict, according to one of its founding members.

IMPACT, a Canadian non-government organization, has left the Kimberley Process because it says it has given buyers “false confidence” about where their stones come from and needs to reform.

The departure of IMPACT, nominated for a Nobel Peace Prize for its work on conflict diamonds, leaves only one international NGO left in the Kimberley Process, established in 2003 to prevent diamonds being used to fund rebel groups in Africa.

“There’s no meaningful assurance that a diamond is conflict-free,” Joanne Lebert, executive director at IMPACT, said. “The public is under the wrong impression that the problem is solved. I think it’s time to challenge that narrative again.”

London-based advocacy group Global Witness left in 2011 after concerns the agreement had failed to prevent exports of diamonds from Zimbabwe, where the government seized controls of fields and is alleged to have killed 200 miners.

“The withdrawal of one of the last international observers and a founding NGO from the Kimberley Process should be of great concern to champions of the program and the diamond industry,” Harrison Mitchell, director at responsible sourcing consultancy RCS Global, said.

Diamonds are for NEVER

Some may bring up the point that you can buy man-made diamonds, which would be conflict-free, but why even support the diamond industry? Why does one stone have to equate love?

If we keep on wearing diamonds, most people won’t know the difference and will keep on buying blood diamonds.

Diamonds are for NEVER. They are not rare, not valuable and a total marketing gimmick that has made people spend a massive chunk of their life savings for something that is not only MEANINGLESS but actually HARMFUL

There is nothing unique about a diamond. Choosing a crystal that is uniquely you is marching to your own drum-beat and creating a better world and future. Crystals are healing, more beautiful, more affordable and NO CHILDREN WERE KILLED OVER THEM.

What to buy instead of Diamonds? 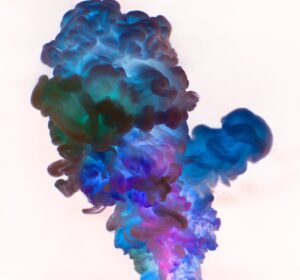 Instead of buying diamonds, buy something uniquely you.

I told my boyfriend in advance I wanted a green tourmaline, which is a very grounding crystal and balancing for the throat chakra. Crystals have actual healing benefits, while man-made diamonds are made in a lab.

Choose what resonates with you—not what you’re sold.

Wearing a diamond is the opposite of love and the worst karma you can be carrying on yourself. You don’t know how many people died, were taken away from their families, raped and enslaved for that one ring. And even if it’s not for that one ring, it’s for what it represents.

Now that you know the dark side of diamonds, Let’s stop purchasing and wearing diamonds, period.

Now that you know the dark side of diamonds, there is so much we can do to help stop modern-day slavery.

Don’t be a puppet of the media and think this meaningless stone represents love.

Does a child being ripped from their family and forced into a lifetime of servitude represent love?

It’s the POLAR OPPOSITE and the worst crime in the history of humanity.

If your value of a relationship is a ring (any ring at that) then you have your priorities wrong.

Love is not a ring, diamond or crystal. Love is a commitment between two people to encourage one another to become their highest selves.

This isn’t all roses and green juice, but this is reality and the only way it will shift is if we talk about it and TAKE ACTION.

If you don’t stand for SOMETHING, then you stand for nothing.

Let’s use our freedom to help free those who don’t have it.

Use our voices to empower those who do not have them.

Let’s use our rights to support those who have had them taken away.

Sending you lots of love,